Are you fringe festival curious? Do you have an alter ego/drag persona/ multiple characters dying to come out? Do you watch other solo shows and think, “I could do that” but then you never do? Well then take this class and in 8 weeks you’ll learn various tools for creating your own character and narrative-driven solo show in time for fringe festival season! Perfect for those who are fringe curious and/or wondering if they have their own drag/alter ego persona inside of them!

This 8 week course is all about how to begin creating a one person show using sketch, as opposed to storytelling, and how to find the best context for one’s piece. Using writing prompts and other in class exercises students will begin to explore what they think is funny and what they want to say. The class will culminate in a 2-3 minute piece to be presented in a student grad show. 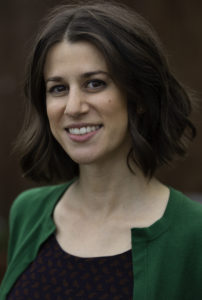 Ruby Marez has written and performed three solo shows that have been staged at various theaters and festivals on the east coast: Solo Com, Bad Theater Fest, Emerging Artists, The Pit, Magnet Theater, etc. She created her own Masters in Comedy through Antioch University in Yellow Springs Ohio where her first solo show served as her grad school project.

She moved to L.A. after being selected as a Quarter-Finalist in Issa Rae’s & Color Creative’s Original pilot competition in 2014 for her first pilot, Brothers Valdes and co-wrote an original comedic pilot, Year Zero, that was selected as a finalist for the 2018 I.F.P. Festival, and a semi-finalist in the 2018 Page Awards. She most recently received a “Best Actress” nomination as part of the L.A. 48 hours film project for the rom com/telenovela short, Corações em Fogo. Ruby writes and performs sketch comedy at The Ruby on the house sketch team Splash, and in the upcoming sketch show, Arroz Con Pho, which she co-created with Vanities performer Kim Truong, premiering at The Ruby September 20th and as part of the L.A. Diversity and Comedy Festival on October 20th.

In 2019 her alter ego character, Ramón, joined the festival circuit and performed at Desert Hearts, Lightning in a Bottle, Burning Man, and soon in the upcoming Dirty Bird Festival!

Note: Class will be held at our new Downtown Location