The world of podcasting is ever-expanding and a new take on the old “radio play” format is a genre that is becoming increasingly popular. This introductory course will walk you through the specific process of what it is to be a working writer in an audio scripted podcast narrative writers’ room.

Each class session will consist of a lecture, followed by a review of each student’s assigned work for the next day of class in a moderated workshop-style discussion. Prerequisite: Bring three ideas, working knowledge of Final Draft, a basic understanding of screenwriting, and listen to the pilot episodes of Welcome to Night Vale, Wooden Overcoats, and The Amelia Project. 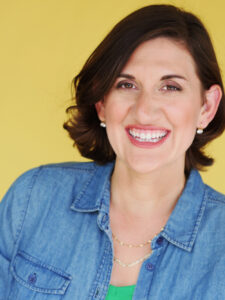 LISA TIMMONS – Lisa Timmons is a writer, performer, director, and producer who specializes in darkly comedic sketches, short films, original music parodies and scripted narrative audio podcasts. Most recently, she worked as a writer’s assistant on two scripted narrative audio podcasts for Team Coco slated to premiere on Audible in 2021 (A Total Switch Show and Retreat). Lisa is credited as a writer on A Total Switch Show for her creative contributions in the room. A finalist for the 2020 Warner Bros. TV writing program, Lisa completed the National Hispanic Media Coalition’s TV writing program and an invite-only Walt Disney Television writing workshop intensive in 2019 and wrote for the CBS Diversity Showcase in 2017. She has been active at the Upright Citizens Brigade Theatre in Los Angeles as a performer, writer, director and producer since 2014. Lisa graduated from the University of Georgia with a bachelor’s in journalism in 2002 and completed the UCLA Professional Screenwriting Program in 2012. A second-generation Colombian-American raised on a U.S. Army base in Germany, Lisa speaks German, French and Spanish in addition to her native English.