In our Character class, your instructor Lisa Laureta will teach you how to create characters using movement exercises and light improv. Students will leave this class with:

And there will be a chance to perform at the end of every class! 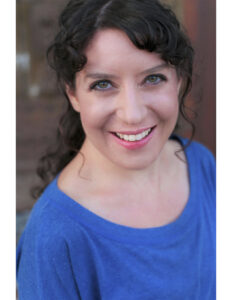 LISA LAURETA – Lisa honed her improv and sketch skills in Chicago performing at the Second City and on Harold teams at iO, in addition to doing stand up and starring in a show on the OWN Network. She’s performed her characters all over the country from the Del Close Marathon, to random theaters in the suburbs of Denver. In LA she’s performed on an E! pilot, VH1, the Comedy Central Stage, The Hollywood Improv, Nerdmelt, iO West, Lyric Hyperion, Acme, the Tomorrow Show, sold out runs at UCB, and of course is a current member of Ruby sketch team Splash! She’s been spending quarantine animating her solo pieces and playing with a sock puppet named Karen. Check out www.LisaLaureta.com for more!
Our classrooms are ADA compliant.