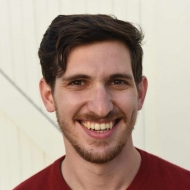 Sid Raskind has been acting and making people laugh since high school. He comes from the far off land of Virginia, the greatest of all commonwealths in our current union. He moved to Los Angeles in 2012 to be around other like minded creatives and see what was possible. He’s been a member of the Burbs sketch team since it’s inception in 2015. If you need him, he’s most likely practicing new voices at home for characters he hasn’t given a name to yet.