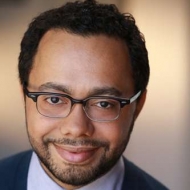 Randolph Thompson is performer who acts, improvises, sings, and can write. He spent 10 years in New York as a member of multiple award-winning theater companies, performing Off-Broadway and on U.S. and international tours. Now based in Los Angeles, he continues to work in theater, voiceover, and on-camera. Randy is a founding member of Loose Canon Collective, a company that produces modern takes on classical plays. On camera, he's appeared in a number of films and commercials, and he can be seen making out with Rachel Dratch in the Amazon Studios pilot Salem Rogers. In his free time, Randy builds furniture and other things out of wood.