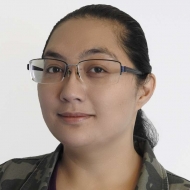 Kay Kaanapu is a writer, improviser and comedian. She’s a writer/performer for UCB’s Asian AF/Filipino AF, a member of the all female Asian improv troupe, Number One Son and a performer at The Ruby LA with the house team, Cousins. She wrote for the 2016 CBS Diversity Showcase and writes/directs sketch comedy with her all women troupe, Glamazon. Her scripts have placed in competitions hosted by the Scriptwriters Network, Stage 32 and Final Draft and have been showcased at the IO West Scripted Comedy Festival and UCB’s Let’s Table This. She also produces videos for her YouTube channel JKWatch, where she plays Lego video games and reacts to her favorite television shows.

Branzino and The Money Pit