Pilot Writing Level 1 is a class to help navigate the intimidating world of TV sitcom pilots!

How do you take elements from your life and the world around you and use them to build a comedy premise? How do you create characters that support and explore that premise? And how do you use everything you’ve assembled to create jokes? Through simple exercises and strategies, Jon will take you through all the steps of constructing a comedy pilot: concept, characters, story, outlining and drafting. You will learn simple techniques for building story beats, maintaining a consistent tone and layering comedy into every part of your script.

The hardest part of writing is the work you put in before you actually start writing, but with the right tools, it can be a whole lot easier! Students will leave this class with a rough draft of their script. 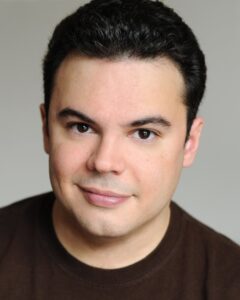 Jon Gutierrez – Jonathon Gutierrez grew up in Groton, CT, before moving to New York to be an editor for the action-figure humor magazine ToyFare and later, a writer/story artist on the comic strip Twisted ToyFare Theatre. While there, he studied at the Upright Citizens Brigade Theatre and turned a six-week internship into years of free classes, six house teams and three years writing comedy videos for the UCBcomedy YouTube channel. That led to jobs writing on projects for Fuse TV, TruTV, MTV and Marvel Comics. After moving to LA to write on the CBS Diversity Sketch Showcase, he was staffed on the Comedy Central Late Night show @midnight. He’s since written for Collegehumor’s Sci-Fi sitcom Ultramechatron Team Go! and TruTV’s animated sitcom This Functional Family. He currently lives in Glendale with his wife and too many books.