Do you have a great idea in your head that you believe would make a great movie? Well, it just might! In this introductory course, you will learn the basic components of telling a compelling story: basic 3 act screenplay structure, formatting, story development, character development, and dialogue.

All work will be read and developed in a supportive classroom workshop environment. With the industry changing and people able to shoot and upload their own films with a smartphone and the internet, there is no reason your story shouldn’t be “out there”. The class is taught by a professional screenwriter who actually works in the industry as well as writes and produces her own independent films. 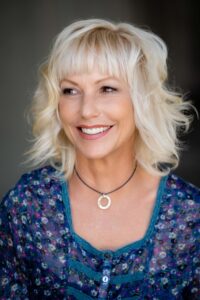 BROOKE PURDY – A prolific writer/ director whose latest film Quality Problems is currently on the festival circuit earning great acclaim, Brooke has written and directed for companies including Def Comedy Jam and DefPictures,  HBO, Jamie Kennedy Productions, Lifetime and Showtime. An NYU film school graduate, Brooke has several produced features including “A Friend’s Obsession”, “My Little Girl Is Gone” and “Hello Neighbor” for Lifetime as well as her award winning features “Quality Problems” and “Miles Underwater”. (Co-written with Colette Freedman). As a copywriter in radio, she spearheaded campaigns including: Pepsi, AT &amp; T, KFC, and Campbell’s Soup. A successful playwright, Brooke’s plays Blitzkrieg and Plunge both had sell out runs in Los Angeles. She has won several grand prize screenwriting awards including Hollywood’s Next Success, Creative World Awards, Diverse Writers, Richmond Film Festival and Filmmakers International.  In her almost nonexistent spare time, she has taught swing dancing, bootcamp, driven in a demolition derby, married her best friend Doug and had two kids Max, 16 and Scout, 13 whom she loves even more than cheese and Toasted Almond Good Humor Bars. One day she hopes to sleep until 10:30a.m.